Holy Trinity is the Parish Church of Amblecote which is an element of the one time market town of Stourbridge, now part of the Metropolitan Borough of Dudley, on the fringe of the Black Country and some 6 miles from the outskirts of the City of Birmingham.

The parish, which would be defined as a suburban commuter village has a population of approximately 22,000 plus people and covers an area of 4.5 square miles.

It has a mixture of  Private, Council and Housing Association properties. There has been considerable building of new housing of late on the old gasworks site now named ‘Trinity Grange,’ ‘The Spires’ to the South and East of the Church and a large development on the old Corbett Hospital site to the North East. 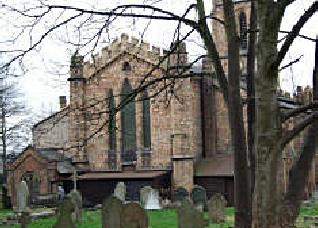 The area was once dominated by mining, steel production and glass manufacturing but now mainly consists of service and retail with small business units. Fabrication, light engineering and the motor trade (both new, used, service and repairs).

Holy Trinity has a partnership with two local primary schools, The Brambles (a residential home) and Comberton Nursing Home. We are a member of Churches Together in Stourbridge.

There are four bungalows, owned by the Agnes Egan Homes Charity, for elderly women which are administered and run by three Church appointed Trustees, but not includiing the Priest 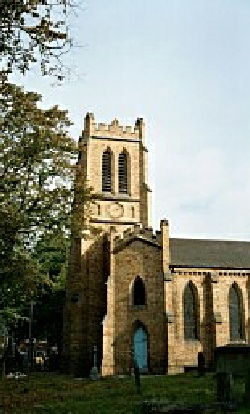 The worship tradition is most decidedly Catholic. Incense, Reservation of the Sacrament, the use of Vestment, Stole and Scarf is normal. The position of the celebrant is Westward facing the people.

Common Worship is used for most services with the exceptions of Sunday 8.00am Mass when the Book of Common Prayer is preferred.

Occasional services such as the Memorial service, Songs of Praise and Service of Wholeness and Healing take place throughout the year, and at Christmas the Church sees large numbers in the congregation for the Carols by Candlelight services.