The Style of Worship

The style of worship which developed at Holy Trinity would appear to have been highly influenced by the 'Oxford Movement' and the 'Tractarians'. Through a succession of incumbents the style of teaching gradually became more 'Catholic' or *'High Church' with an increasing importance attached to ceremonial. For instance on Good Friday, 1892 an entry in the Register reads 'Stations of the Cross'. By 1904 daily Celebrations of the Holy Communion had been instituted and from Easter 1910 there appears to have been Sung Mass every Sunday, a tradition which, from then onwards, has been maintained.
*The title 'High Church' merely signifies that the importance of the Church, its Divine nature and origin, its apostolic order, its Catholicity as affirmed in the Creeds, was held in high repute. 'Low Church' is more concerned with the Individual, and not with the authority of the Church.

In 1966 a peal of eight bells was hung in the Tower. In 1972 the extended sanctuary and free standing High Altar were introduced. In recent years toilets were constructed in the S.W. porch and Committee Rooms in the West of the Gallery. A fold away kitchenette was added to the West End. Most recently a new lady altar has been donated and significant improvements made to the electrical system including replacement of the lighting units. The Church Hall has also seen vast improvements to the interior of the building including a complete refurbishment of the toilets to make the hall accessible to the disabled visitor. 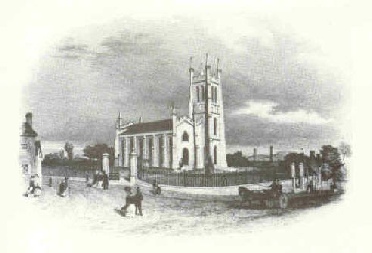 To facilitate changes in worship style over time various changes have needed to be made to the building. Between 1902 and 1906 the pews were replaced with chairs and the Choir Stalls, Lectern and Font introduced. The Organ was enlarged. The Pulpit followed in 1915, the Lych Gate in 1921 and in 1922 the Church Hall was built by J. Guest and Son at a cost of £950. 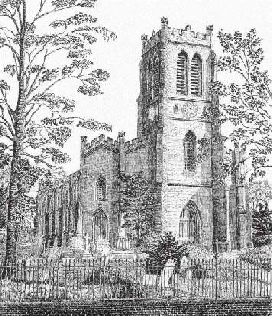